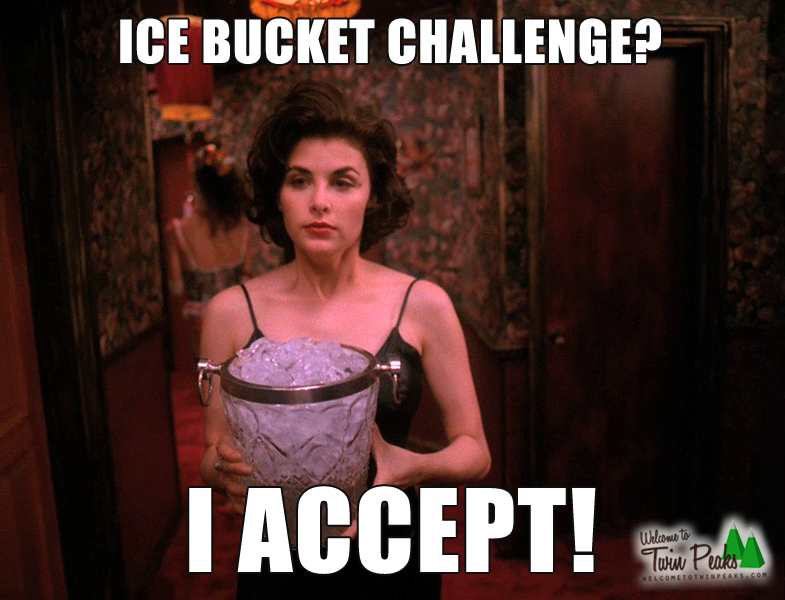 Abracadabra. Yes, abracadabra was probably the first ever meme. It was introduced by Quintus Serenus Sammonicus a “white wizard” convinced of the healing properties of the word, when inscribed on an amulet. It was 2 A.D.

Well, a meme is not a shorthand for saying that something on the internet got a huge popularity. The word meme is used in linguistic to refer to a pattern of grammar or speech copied throughout a certain group and spread, much like a virus. More simply: “whatever is copied from person to person is a meme.” (S.Blackmore, 2003). Online memes differs from verbal ones for being interactive and shaped in different formats. An online meme is an “idea, template, or specific construction that you can remix and can slot in variations on” (G. McCulloch on Lexicon Valley).

What about the first online meme?

Maybe it was back to 1996: the Hampster Dance. There is, indeed, a big difference between a great piece of content being shared over and over AND a meme like the Harlem Shake or the #IceBucketChallenge explicitly “calling to action”.

When User Generated Content got married with virality to generate interactive memes?

The first interactive meme I could recall is the Eternal Moonwalk, back to 2009, launched by Studio Brussels, a Belgian radio station, to commemorate Michael Jackson. I’m sure I’m missing a previous one that initiated the trend.

Why #icebucketchallenge become so popular ?

A good cause, a challenge mechanism, accessible, fun, ideal for summer&kids’ holiday, supported by celebs, CEOs and politicians, a simple and memorable hashtag linking the videos. A key winning factor: each video is viral within that participant’s immediate circle.  The #IceBucketChallenge didn’t became a meme, it began as one.

Was it worth in numbers?

In one month (29th July to 29th of August) it raised $100M. It means +3500% increase if compared to the $2.8M collected by ALS in the same period last year. Plus 300,000 new donors. The #IceBucketChallenge not only went viral, it saturated the social web on a global scale. YouTube reported ‘about 2.3 million’ related videos: it would take  4.4 years to see them all. Facebook counted 28M people joining the #IceBucketChallenge conversation. The graph below, from Plenty, shows how donations have steadily climbed peaking on August 21 (avg. donation of $100), now  decreasing (avg. donation of $30). 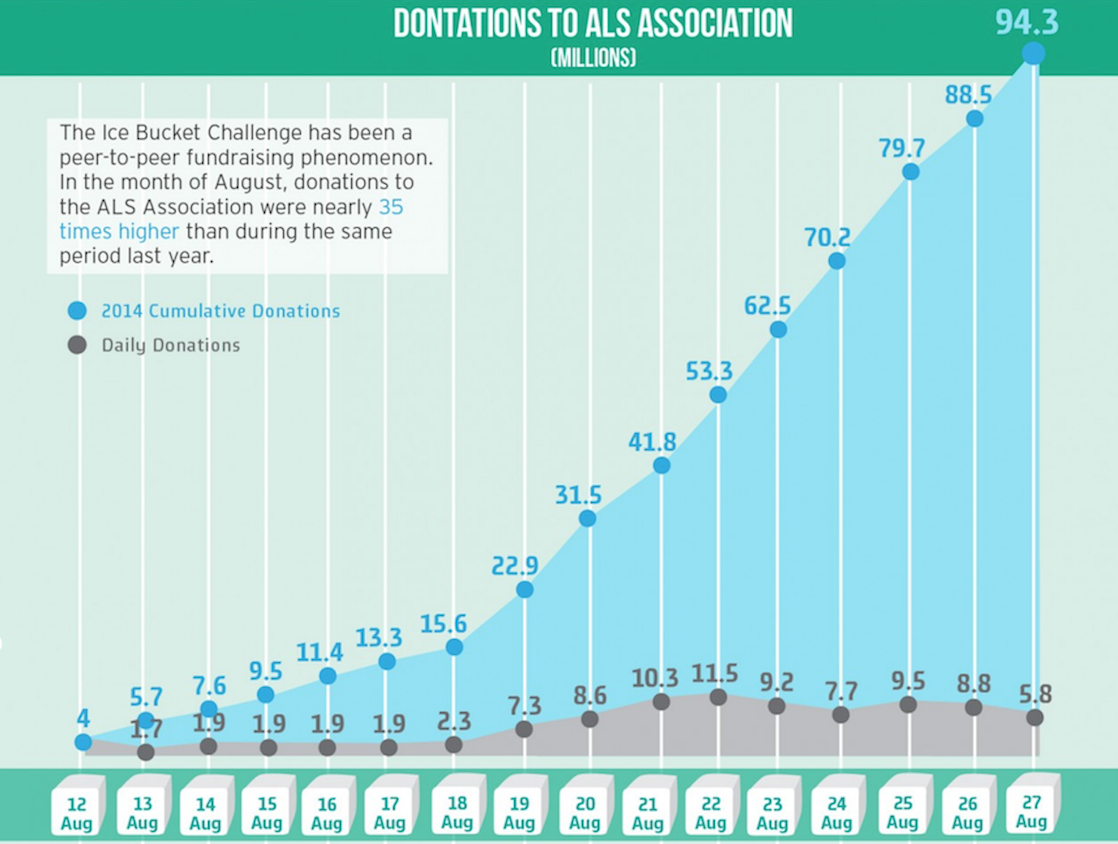 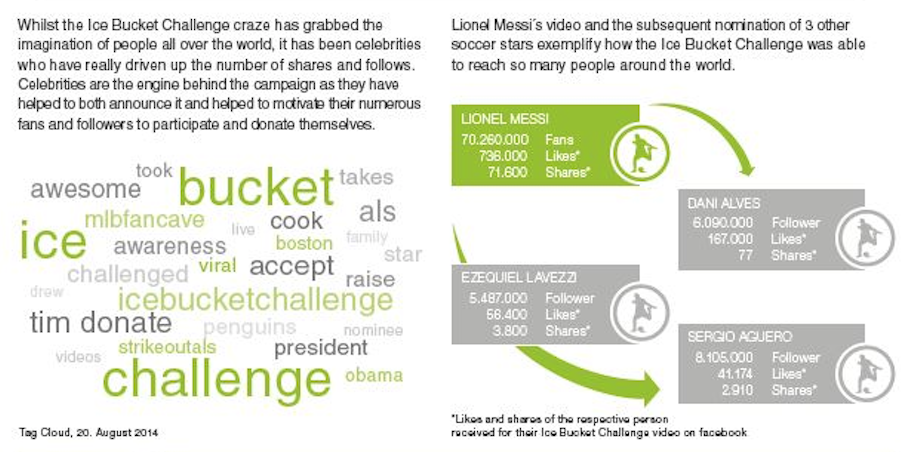 Hacking, Hijacking, Replicating…yes I do, but no water, please 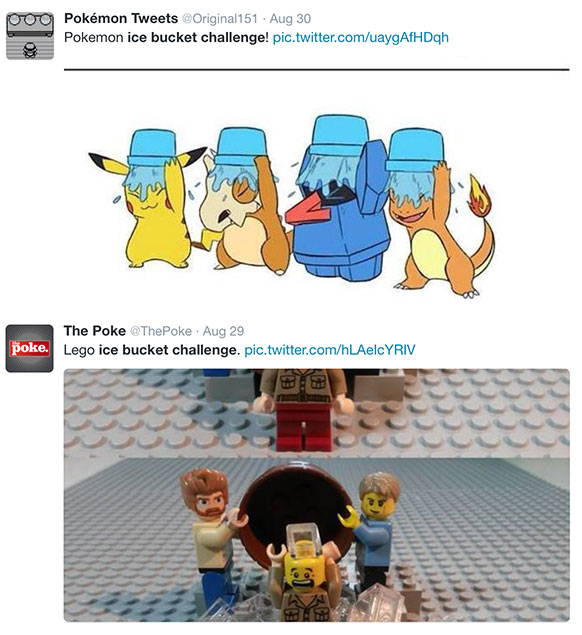 Is it finally cooling off?

Forbes claimed that the challenge is cooling off, experts predict videos for at least other 2 weeks and a quite a long tail. The #IceBucketChallenge is already a candidate to become a kind of meta-meme, a case history. Several will attempt to emulate it, not only non profits associations. As the attempts made by some brands demonstrates…well, maybe it would be better to put efforts on creating your unique and original content instead of embarking in clumsy ads to embezzle someone else’s success. It could end up in derision. What got viral once, don’t get viral twice.

It can’t be denied that there is layer of narcissistic charitable giving and that the majority of the new 3000 donors won’t donate a second time. It’s amazing anyhow: millions of people learned about ALS in a fun and memorable way. And they donated. It was a cultural trope, clearly confirming that Social Media could and should be used for fundraising and activism.